Joined Oct 24, 2017
·
4 Posts
I am having trouble finding information regarding my budgie's unique markings.

He only has markings on his left wing.

How rare is this?

Your budgie is a very handsome guy!

He's a dark green opaline dominant pied budgie for sure-- I can't tell from the photo, does he have irises? How old is he?

The reason for the sparse markings is just due to the distribution of the pied markings on his body. He just happens to be more pied on one wing than the other If he is indeed combination pied (dominant and recessive), then that would explain his sparse markings :thumbsup:
K

I've never seen another budgie with his markings Makes me happy that he one of a kind- just like all birdies!!

I had a chick in the spring time that had markings on only one wing, just like your little one! 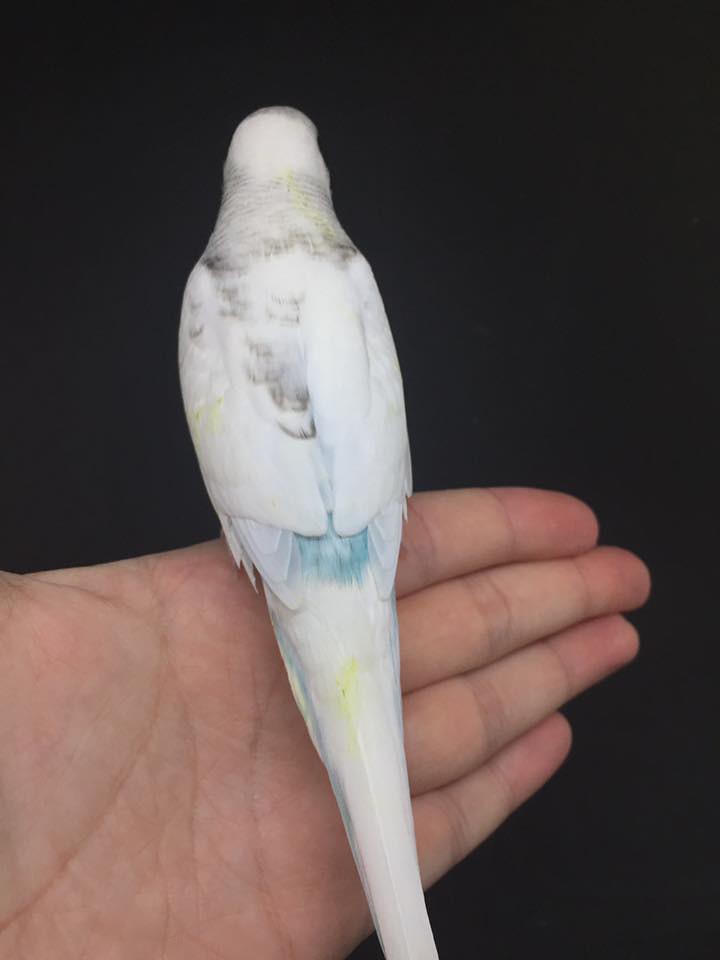